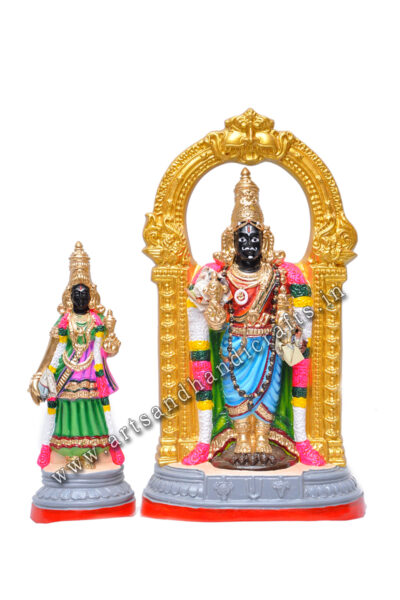 The Parthasarathy Temple is an 8th-century Hindu Vaishnavite temple dedicated to the god Krishna, located at Triplicane, Chennai, India. The temple is glorified in the Divya Prabandha, the early medieval Tamil literature canon of the Alvar saints from the 6th–9th centuries CE and is classified as among the 108 Divya Desams dedicated to Vishnu.[2] The name ‘Parthasarathy’, in Sanskrit, means the ‘charioteer of Arjuna‘, referring to Krishna’s role as a charioteer to Arjuna in the epic Mahabaratha.

It was originally built by the Pallavas in the 8th century[3] by king Narasimhavarman I. The temple has icons of five forms of Vishnu: Narasimha, Rama, Gajendra Varadaraja, Ranganatha and Krishna.[4]

The temple is one of the oldest structures in Chennai.[5][6][7][8][9] There are shrines for VedavalliThayar, Ranganatha, Rama, Gajendra Varadaraja, Narasimha, Andal, Hanuman, Alvars, Ramanuja, Swami Manavala Mamunigal and Vedanthachariar. The temple subscribes to Vaikhanasa agama and follows Thenkalai tradition. There are separate entrances for the Krishna and Narasimha temples. The gopuram (towers) and mandapas (pillars) are decorated with elaborate carvings,[9] a standard feature of South Indian Temple Architecture.