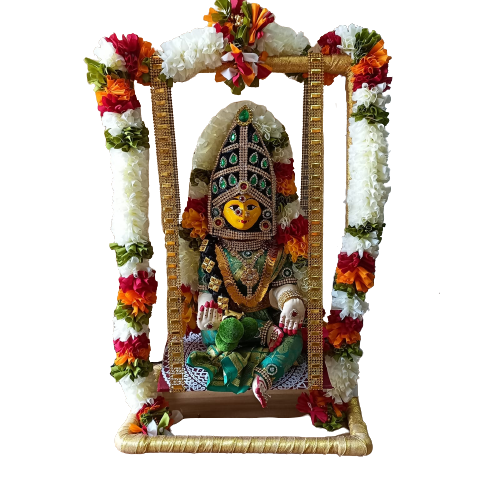 Varalakshmi Vratam/ Vara Mahalakshmi Vrata is a festival to propitiate the Goddess Lakshmi. Varalakshmi is one who grants boons (“Vara”). It is an important pooja performed by many women in the states of Karnataka, Andhra Pradesh, Telangana, Tamil Nadu and northern Sri Lanka. The Hindu festival going by the name ‘Vara MahaLakshmi Vrata’ is celebrated on the Second Friday or the Friday before the day of the full moon – Poornima – in the month of Shravana, which corresponds to the Gregorian months of July–August.

Varamahalakshmi Vrata is performed by women for their own well being and that of all their family members. It is believed that worshipping the Goddess Varalakshmi on this day is equivalent to worshipping Ashtalakshmi – the eight goddesses of Wealth, Earth, Wisdom, Love, Fame, Peace, Contentment, and Strength. Due to the rising popularity of this holy day in some states, it is now being declared as an optional official holiday in India.

Lord Shiva himself narrated Varalakshmi vratham, making it one of the most potent observances. Those who follow this vratham will be relieved of their sorrows and pains, as well as their financial troubles.Tranquillity and harmony shall prevail at the home